A Few More Pictures of Vegas 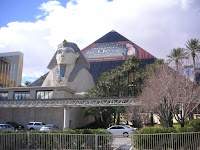 Thought I would share this picture of the Luxor. I found the architecture of this building fascinating. 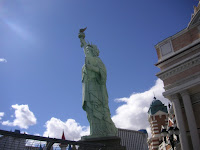 This is a picture of the Statue of Liberty in front of NewYork, New York. All around the base of the statue were uniform shirts of those who helped out in the 9/11 attacks on the Twin Towers. 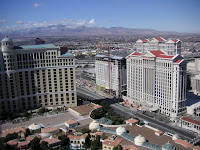 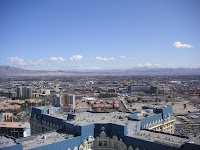 These two pictures were taken from the top of the Eiffel Tower in front of the Paris hotel. Harvey had to take them as I was pressed against the back of the observation deck, cringing in fear. I don't know what possessed me to go up as I am absolutely terrified of heights. To think that this tower is smaller than the real thing, wonder how our son Kurt managed to go all the way up! 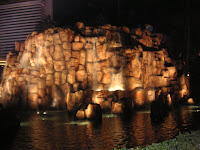 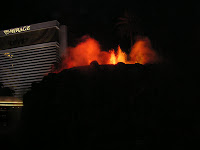 These two pictures are of the volcano in front of the Mirage hotel. It "erupts" every night on the hour from 7 to 11. It was quite the show.

Well thats all for tonight. I will be off to visit with everyone.

Everybody have a wonderful evening. God bless.