This is the only day that we had rain in our entire trip. It didn't put a damper on us exploring wonderful and new places.

Here are some inside shots of the castle we visited in Sintra. 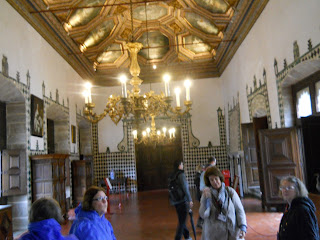 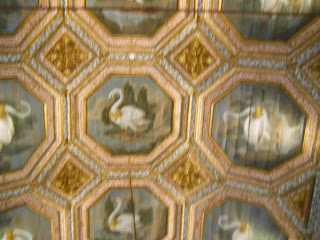 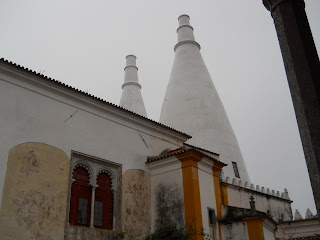 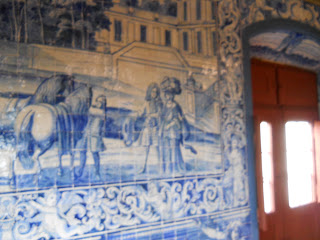 Completely tiled walls were throughout the building. 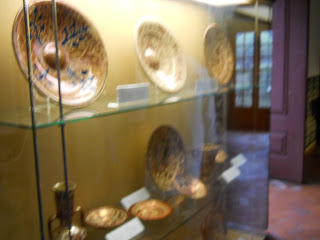 Pottery lined the walls of one room. Beautiful examples of Moorish pottery and some Roman pieces as well. 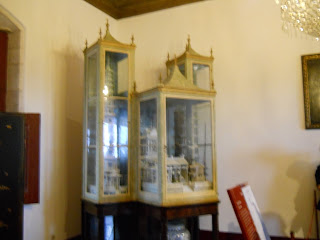 A lovely ivory replica of the palace sent from China many years ago. 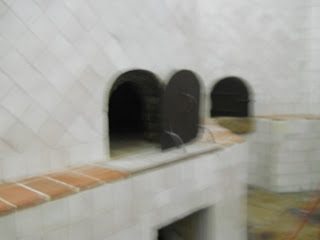 The ovens under those huge stacks.

Hubby seems to be having trouble with his camera here. The pictures are pretty blurry.

We then had a bit of spare time before we had to load ourselves on the bus once again. We had coffee in a lovely little place and then did a bit of shopping. I found a tiny Nativity made out of cork here.

On the bus once again we headed to Cascais where we viewed the Atlantic Ocean. The water was in a bit of a turmoil, or as Harvey would say "We got to see the angry sea."

We even got to see a few surfers trying their luck with the waves. 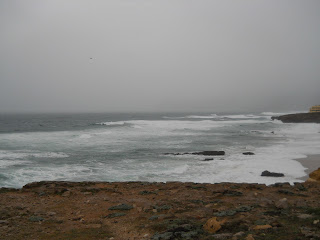 There were lots of rocks in the water so I admire the surfers for even trying to surf. I would be afraid my body and board would be dashed against the rocks and I would either drown or be very badly injured.

We followed the coast for awhile and then headed back to Lisbon for a quiet supper by ourselves in the hotel. Also had an early to bed night, not that I slept, but at least I rested.