We left Lisbon for Fatima early in the morning.

A beautiful, sunny and warm day lay ahead. It was very windy however as we made our way over the Serra d'Aire mountains.

Fatima was lovely. We actually attended Mass there, didn't understand a word once again, but Mass is easily recognizable in any language. The Mass was held in the chapel built in the location where the children saw the vision of the Virgin Mary. 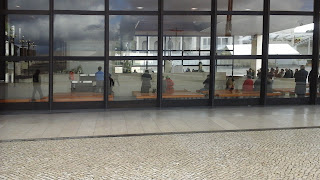 The chapel was made of large glass panes. 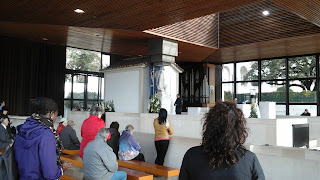 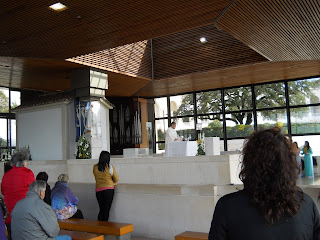 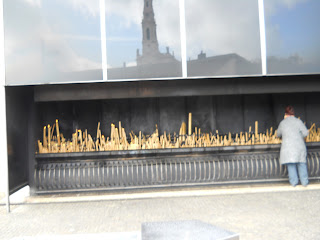 We lit candles and said prayers for Harvey's parents and mine. 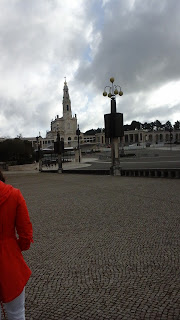 The old Basilica in the background is being worked on for the 100th Anniversary of Fatima next year. It was closed so we were unable to get in, or at least it was supposed to be closed. Turns out some of our group managed to sneak in via  back door.

However Harvey did manage to get a few pictures of he interior of the new Basilica. 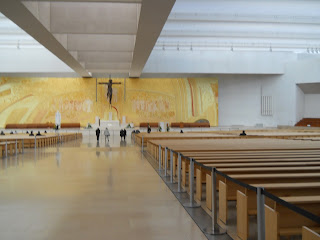 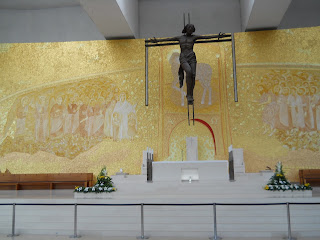 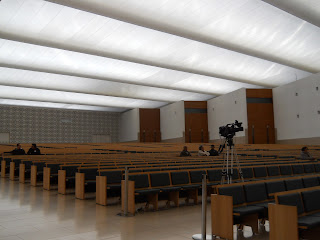 Harvey said that he read somewhere that it could hold 5000 people and after being inside of it he was sure the church could hold even more.

Back on the bus and more traveling. We crossed the border back into Spain (and at the border watched another bus being torn apart by the Spanish guards) and got to Salamanca by the early afternoon. After a rest of about 30 minutes we were starting our walking tour of the city. 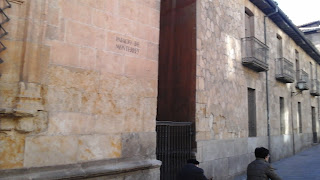 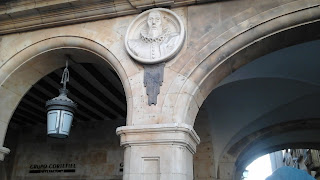 One of the arches in the Plaza Major. Each side of the plaza is adorned with medallions. This is a medallion of Cervantes as this side honours all writers and poets. 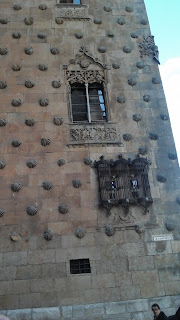 This is a picture of the shell house. It is decorated with clam shell replicas. 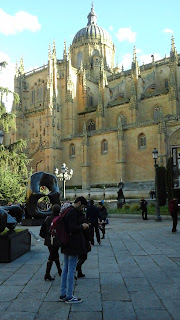 The Cathedral of Salamanca. It seems the plaza around the Cathedral is a meeting place for all types and while we were there a demonstration was happening.

We headed back to the hotel and were served dinner.