I am later than usual putting up a post, mainly because the class I led this evening went a bit longer than planned. That's okay though as I learned a great deal about the participant which is always a good thing.

This is the second winter I have brought in this plant to spend the winter. 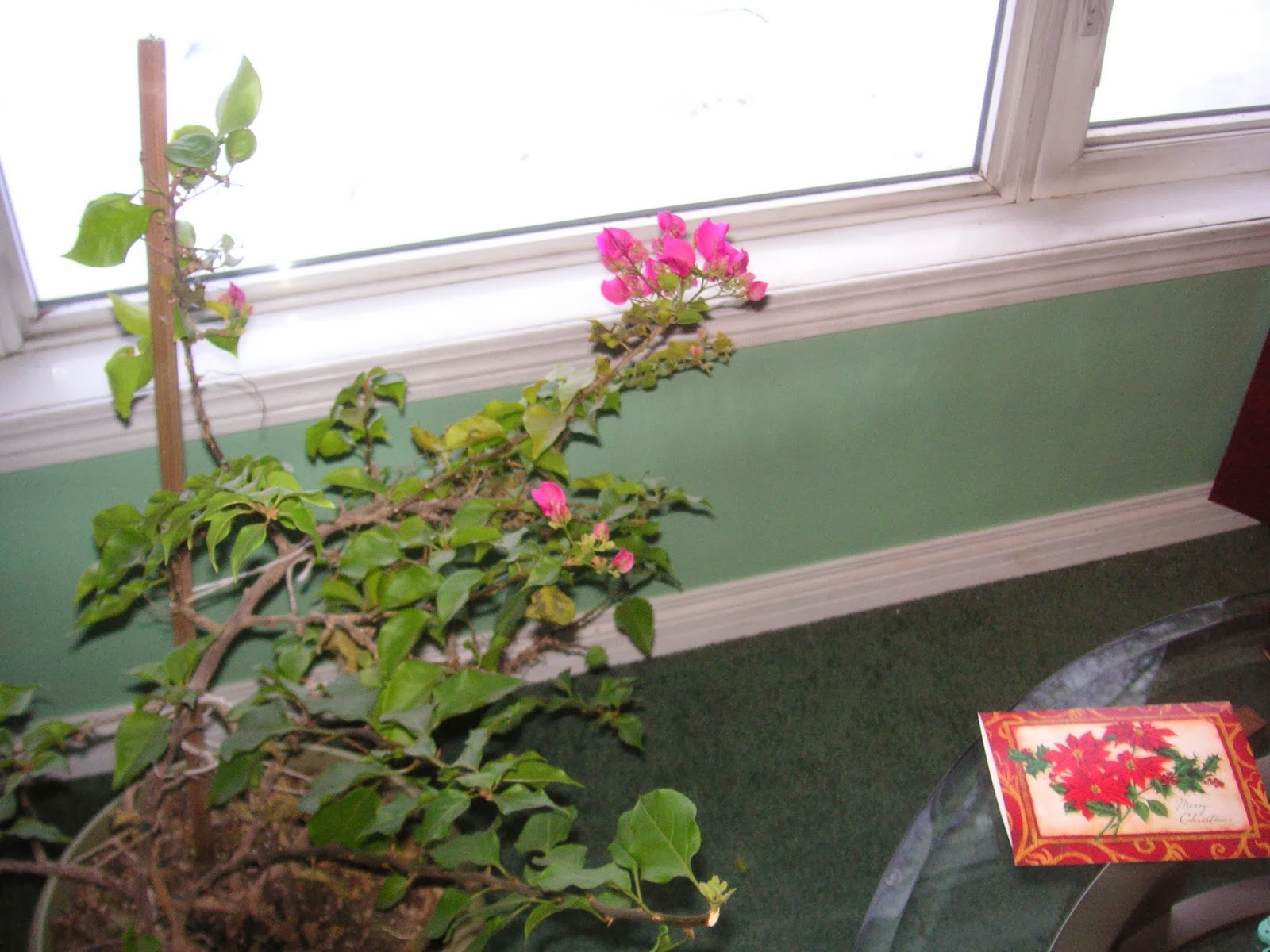 It is finally developing flowers!!! But those aren't the only things it is developing. I took a good look at some of the branches today and there are some mighty evil looking thorns developing as well. In fact I caught my sweater on them which is what made me notice them in the first place. Could be a bit of a problem transplanting it later on.

Harvey won a Poinsettia for me at his company Christmas Party at the end of November. I thought for sure it would be history by now. Look..... 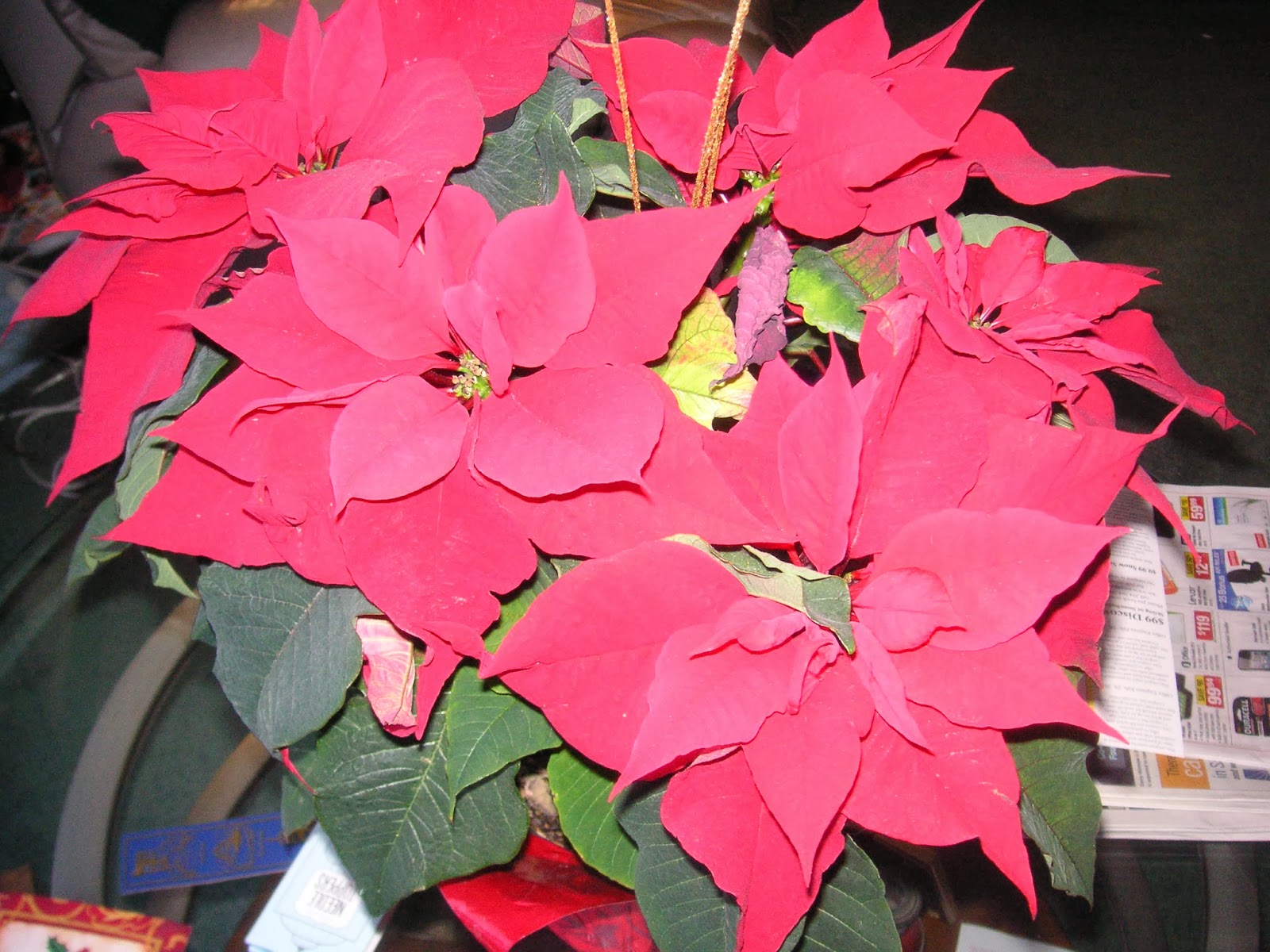 Still going strong. I wonder how long I can keep it alive as I notice a bit of yellowing creeping in. 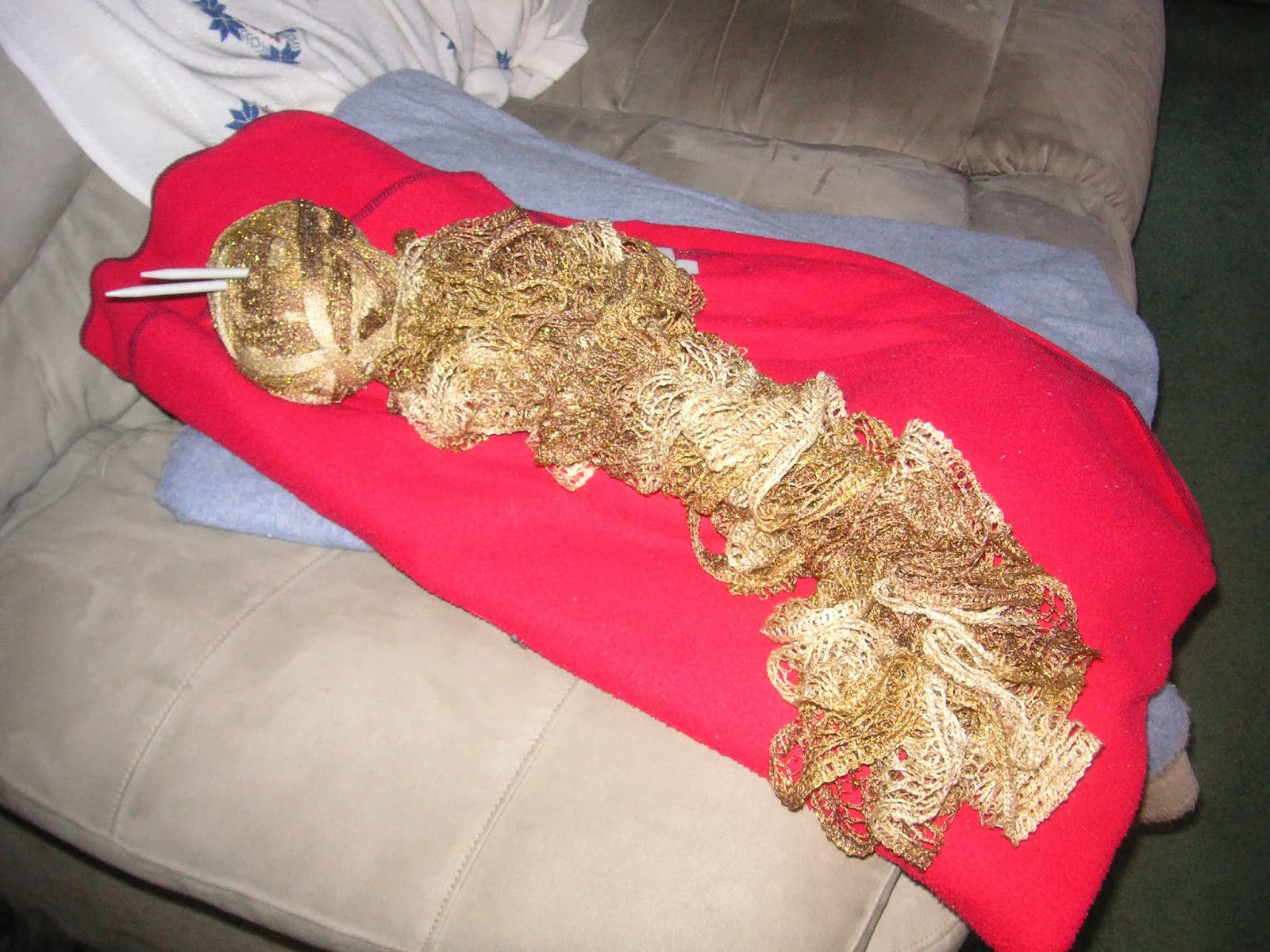 Now I just have to mail it to Harvey's sister. It should fit in an envelope quite nicely.

I have started another one and am going to post it (and hopefully a few others) on the family site on Facebook to see if anyone in the family is interested in buying one. I would like to see if I could actually sell them.