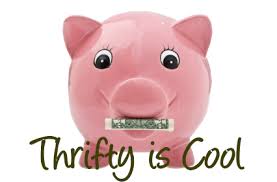 Today has been fairly quiet and laid back. Even though the weather was beautiful for the majority of the day by 4 pm the skies were overcast, the wind had picked up and the temperature was dropping.

Harvey did some overhaul on the snow blower. We haven't needed it as of yet, and he wanted to get it up and running. There seems to have been some water in the gas, or perhaps the carburetor was a bit dirty as when he finally got it to run steadily it ran very rough. Rather than take it to the small motor repair guy he decided to try a few additives first. It is running a bit better now and hopefully as the additives make their way through the machine will run even better. Costs were much lower than taking it in to be serviced.

I had a couple of small holes in the outer shell of my winter coat. Today I decided to try and mend them. Done, and since the small holes were in places not normally visible I am very pleased with the result. My winter coat should last another couple of years now.

I have found couple of old towels and I am going to roll them up as tightly as possible and use them as draft dodgers on some of the inside doors. We turn the heat off in two of the rooms that we don't use regularly and sometimes the cold air seeps underneath the doors. This will help with that draft of cold air that hits my feet as I walk by those doors.

My grocery list has been made using store flyers and I have gathered my coupons. Hopefully I won't be surprised by the grocery total this week.