Since each day seems to flow into the next with nothing really new or exciting happening around the old homestead I thought I might use a couple of posts to show you my city.

I live in a small prairie city renown for coal, oil, and farming. Estevan is in the southeast corner of the province of Saskatchewan. Only 9 miles from the Canadian/United States border. 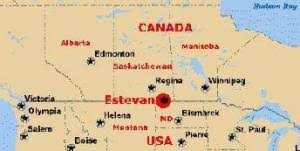 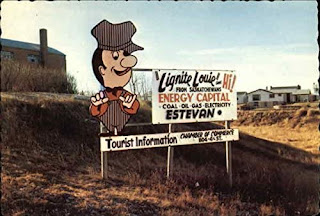 This was our old sign as you came into the city.

Here is our new one.

We are known as the Energy city because of the oil wells and coal mines that surround us. We are also known as the Sunshine Capital of Canada as we have more hours of sunshine here than any other city in Canada. Or at least we did have more. 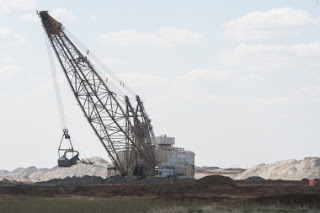 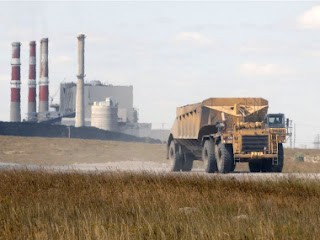 Loaded into these huge trucks and taken to one of our two power plants. 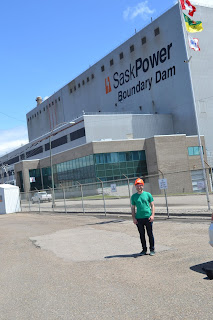 The oldest power plant in the city is just south west of us on Long Creek and is known as Boundary Dam. 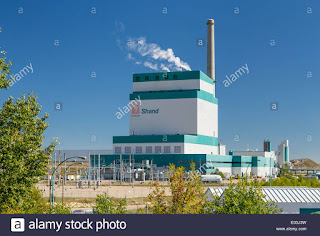 The newer one is to the east of the city and is the Shand Power Station. It also has a green house attached to it where people can purchase trees suitable for prairie planting.

These two power plants supply power to southern Saskatchewan, some parts of Western Manitoba, and even some of North Dakota, and South Dakota. Both plants are due to be phased out in the coming years. 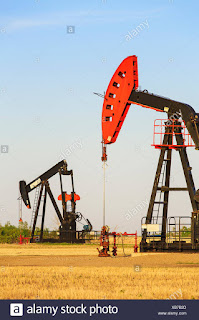 Many oil companies have offices here in the city, though with the price of oil right now I don't know how long they can survive. Harvey worked in the "patch" for 35 years and we have seen many ups and downs. Nothing this long or bad though. 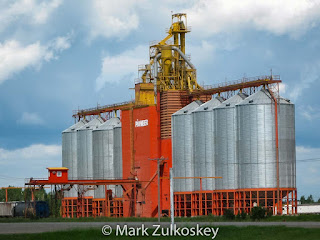 Most of the farmers haul their grain to large terminals like this one on the west edge of the city. The smaller elevators in the various small towns around us have been torn down over the past ten or so years. Farmers no longer use small grain trucks either. Usually they are large semi trailers hauling grain. Harvey calls them v trains...whatever that means.

This photo shows our courthouse in the forefront and part of the oldest section of the city, which is where I live.

I will leave off here before I make you all fall asleep from boredom. Promise to carry on tomorrow with more of the tour.

Labels: living on the prairies, this and that