Once again I became a bit sidetracked yesterday. Not totally of course, but enough that by the time I realized I had not done a post for the day it was late and I was tired.

Why did time get by me so quickly??

It was time to set up the wireless scanner/printer/copier and I just knew if I didn't get it up and working that day, it would be sitting and waiting until Kris got home for a bit of a holiday.

The first part of the morning was spent clearing the computer desk of all kinds of things. I don't know when it became the catchall for tools, bits of bottles of aspirin and other such paraphernalia but it did. The job took quite a bit of the morning, but I was left with fairly clean spaces and a few files yet to go through (printouts of patterns for cross stitch, knitting and other crafts).

Harvey helped me get the machine out of the box and onto the corner of the desk where I wish it to sit. Then I started to work.

At first things were going smoothly, it hummed and cranked when I plugged it in. I followed the directions the machine gave me on its screen and then came time to install the ink cartridges...... I had a terrible time with those (much harder than our other HP printer to install). The machine spit them out at me three times, various cartridges of course but three times in total. And by spit I mean spit. One of them popped out and onto the desk surface at one point. I almost started to talk to said machine to ask it why spit at the person who bought you. Finally the ink was in. Printed the test page and everything was fine.

Then came the installation of the software. Moved along very well. All was installed smoothly. I just kept hoping that the software disc wouldn't come spinning out of the DVD and take off my head. After all this machine did seem to like to spit.

The printer found my network, I got all the IP address inputed and moved on to the next step. Getting my computer to recognize the printer.....

This is where I hit the proverbial brick wall. Nothing I did could get my computer to recognize or find my computer.....

Now usually by this time I am ready to give up, go crying to Harvey saying that this can wait until Kris comes home, or go quietly mad in a corner somewhere. I almost did the second, but calmed down and started to read the troubleshooting tips. One of the tips said to send a report to HP. I did that and within seconds (the time it took for them to get the report) they were in contact with me. Talked me through the process, and got me a fully functioning wireless printer/scanner/ copier (also fax but we will not use that feature) here!! 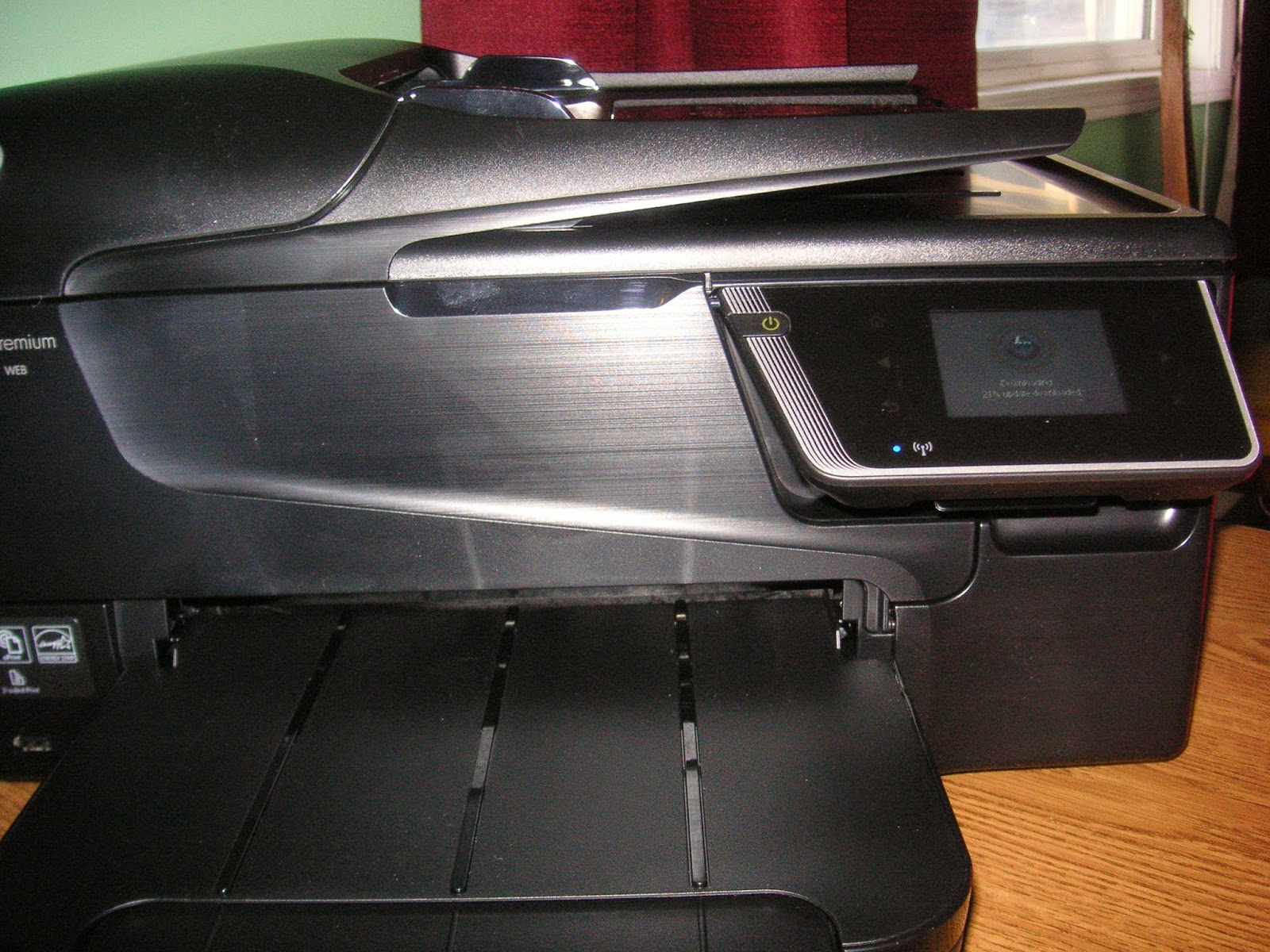 Then of course after supper I had to play with it to figure out how the scanning feature worked...... I just plain lost track of time.

Now that it is working correctly I can start another organizing project in the New Year..... getting those old photos scanned and put on thumb drives or well identified discs. I see a new challenge coming.