It pretty much seems that the only time I get to check or post anything is in the early morning. So I will take the time to catch everyone up on what has been happening here the last few days.

Christmas Eve we headed off to Mass, one that I thought would be a great deal shorter, but turned out to be as long as if Father A had been there. Mind you we could actually understand the Archbishop which we can't always say about Father A. 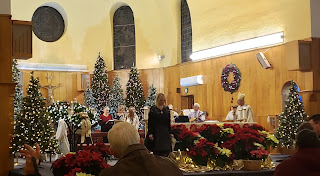 Christmas morning dawned cloudy and the sun pretty much did not appear the entire day.  I did go for an early morning walk. 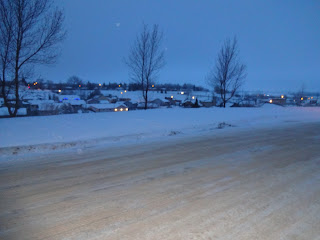 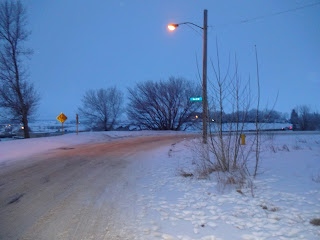 My walk was quiet which was just what I needed to get ready for the upcoming madness.

We opened our gifts but yours truly was so busy passing things out I forgot to take pictures. I even had my camera ready for a change.

The rest of the afternoon I spent cooking. I did manage a bit of a walk at one point in the day (and I even got a small one in when Kurt and Kris were doing up the dishes).

The extended family arrived at around 7, I still was not quite done setting up, but things were accomplished quickly. 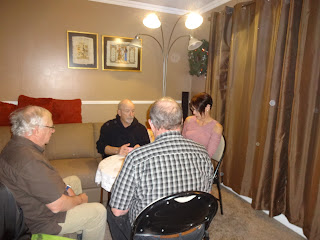 The cribbage players on their first game of the evening. 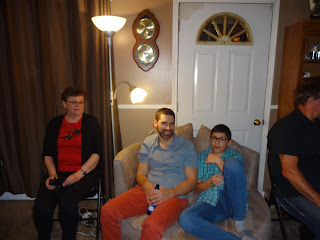 Nephew, great nephew (poor guy there really is never anyone for him to play with) and one of Harvey's sisters. 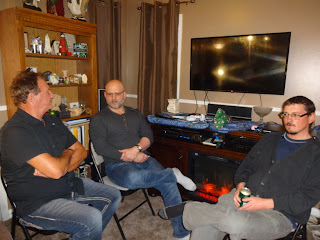 Harvey's brother and our two boys. 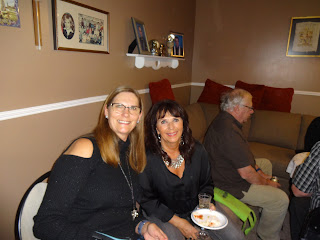 Two sister-in-laws that are married to two of Harvey's younger brothers.

That takes care of Christmas day. Will fill you all in on Boxing day and today later.