Tonight for supper I used my new mini pie maker. 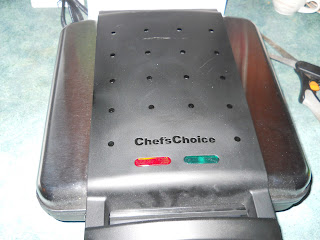 Kurt bought me this for Christmas because I really wanted one and just could not find one here in Estevan. Believe me it isn't too often that I actually want an appliance for a gift and I was over joyed to receive this.

I followed the recipe to make mini turkey (chicken) pot pies to use up some of the leftover turkey from Christmas. I always package up the leftovers and freeze them immediately once the meal is over. 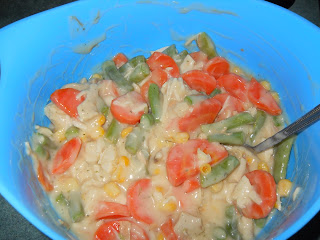 The filling for the pot pies was made first. 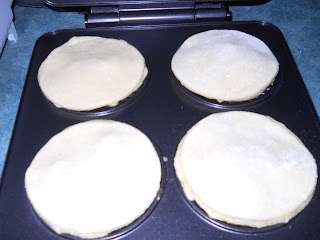 The pie crust was made, rolled out and cut with the special cutters included with the machine. The bottom crust was placed in each mold and pressed down carefully with the special tool also included. Then the filling was added, the tops placed, some air vents added to the top and the lid of the machine closed. 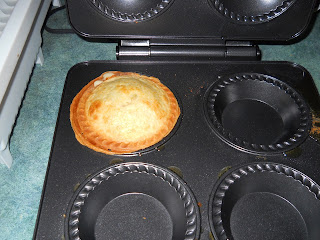 In 8 minutes the bell went off and I could remove them. This is one still in its little mold. 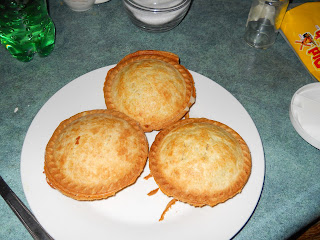 Three of the pies on a plate waiting to head to the table for our meal.

I think I am really going to like playing around with this. It will be less costly than the oven to run, and because of the size of each pie there should be no more waste of food. I will still have to make a few pies in the oven, but tart shells, and two crust pies can easily be handled with the pie maker.

Tomorrow morning will see me making more pie crust and using up the filling that is left. Who knows this weekend could see me making mini apple and cherry pies for the freezer as well.